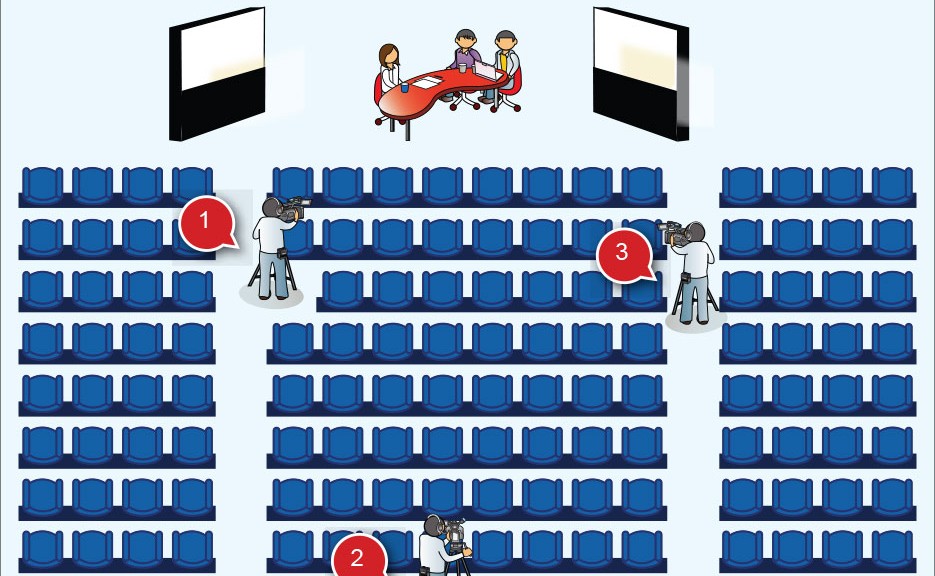 More and more video productions are being produced outside a traditional studio and being produced in a natural setting. The ease of streaming video and more portable equipment makes it easier to produce video with professional results.   This is called Electronic Field Production (or EFP).  This article will be the first in a series of articles describing the various ways you may need to set up your production including diagrams what equipment will be needed and where to place the cameras for best results.  The equipment referenced will be Datavideo products (www.datavideo.us), but other manufactures with similar functionality should work as well.

We’ll start with a 3 camera shoot of a panel discussion in an auditorium or theater.  Below is a diagram of the best position to place your cameras.  Each camera should be on a tripod in order to change shooting angles quickly. In this example, I have the host seating on the left and the two guests sitting on the right. 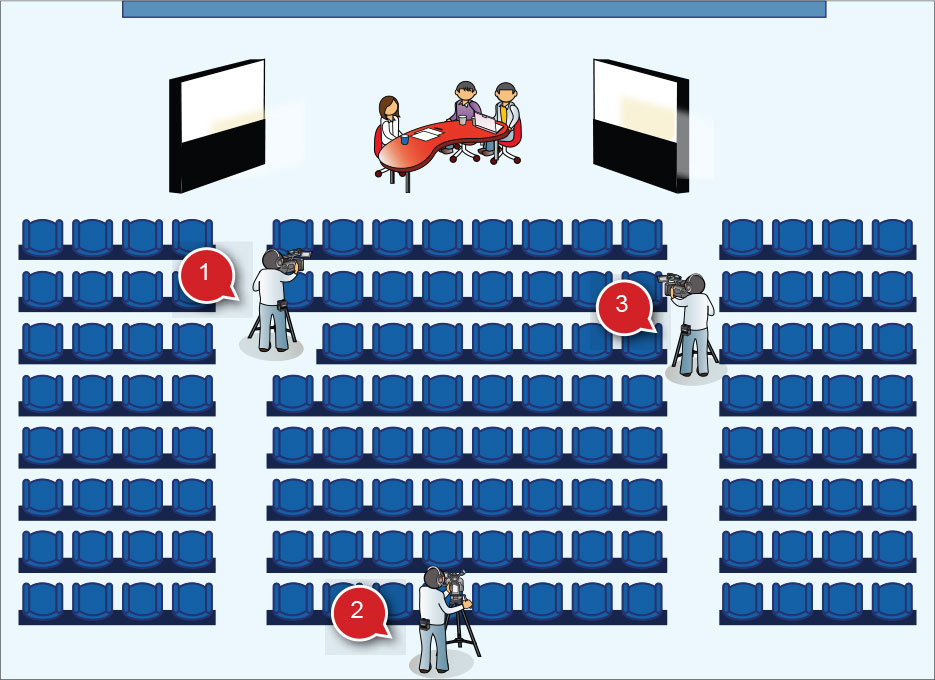 Camera 1 – Is on the left side of the auditorium and has the best angle for shooting the guests.  This camera will also be able to swing to the right side in case an audience member has a question for the panel.

Each camera person will be equipped with an intercom system so that the technical director can communicate with them for best camera position.  The director can think about more than two scenes switching or zoom in and zoom out between the first and the third camera.  You can have camera 3 zoom in on host while camera one is positioning in on the guest that will be speaking.  Cut back to host for reaction while guest is speaking if guests are speaking longer than 30 seconds.