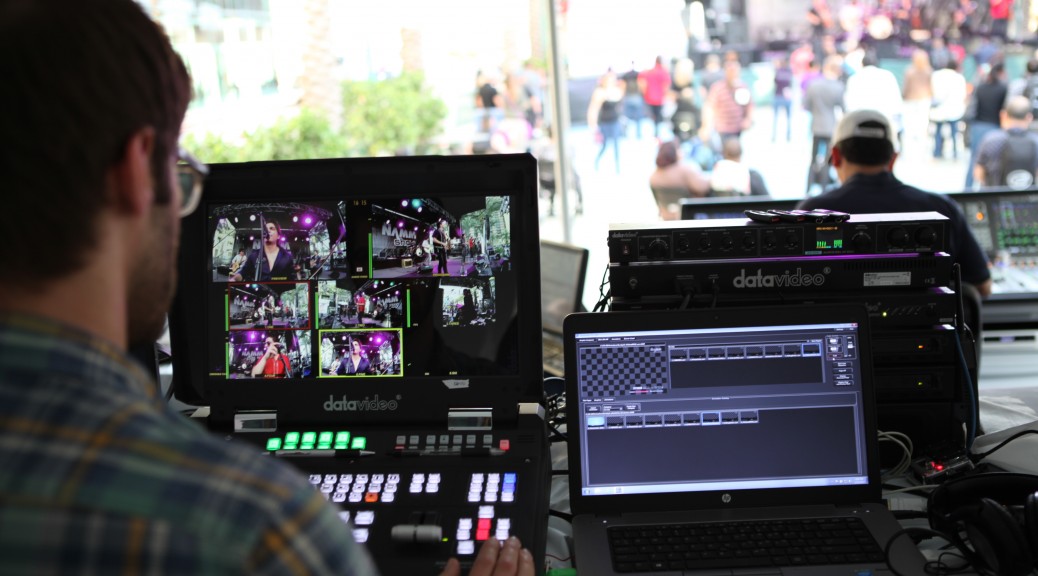 The GoPro Event Stage at the 2015 NAMM Show had over 26 bands perform over 4 days! After rocking with George Clinton, Dilana, Stanley Randolph and the No Wonder Band, Larry Dunn from Earth, Wind, and Fire, and many more amazing musicians, we have this story to share from The National Association of Music Merchants (NAMM) Show, which had over 90,000 attendees this year.

See how Datavideo equipment brought 10 GoPro Hero 4 HD cameras live on a concert stage, recording bands like you’ve never seen before! Read below for more details on our workflow!

The amount of equipment was immense, and the demands for performance were pretty high – The GoPro Hero 4 Black cameras,  Datavideo switcher, recorders and streaming servers had to be running everyday from 8:30am until 8:30pm. The audience and reach was huge. In addition to video streaming online on NAMM.org, the crowds from NAMM were watching live on the IMAG in front of the stage and a huge 50 ft screen visible to thousands of people who would fill the space between front of house and the convention center. The demands on the equipment was enormous, and the margin for error was zero. Forgot to mention – we also did the final recording for NAMM archives and all the bands. 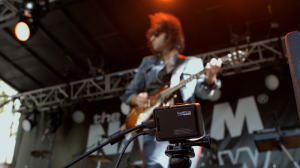 Conversion with the Datavideo DAC-70

With power connected and an HDMI cable for a live video out, the GoPro Hero 4 Black becomes a very powerful live production camera. We converted from HDMI to SDI with Datavideo DAC-70 converters and feed into the video production booth in the front of house. We also used another Datavideo DAC-70 to convert for the large LED screens side stage and 40 feet above front of house, bringing the live video to 10,000 fans.

For a step by step guide on how to connect your GoPro to a DAC-70 HDMI to SDI converter, read our tutorial article here. 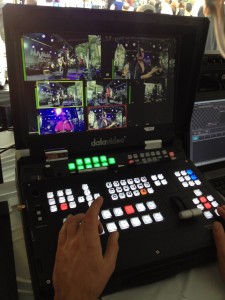 This switcher in a suitcase allowed for quick set up and a small foot print. 720p60 is a perfect format for streaming, and the HS-2200 handled it perfectly. The integrated control panel and intercom system leaves a small footprint on your production area, and folds up when you are ready to go home.

Audio Processing from the Front of House Sound Mixer
The Datavideo AD-200 added a frame delay and mixed the audio for the switcher, HDR-70 Recorders, and NVS-25 Video Streaming Servers. 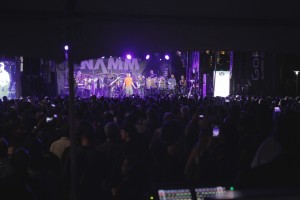 Recording
The Datavideo HDR-70 Recorder provided our high quality video recording, at 65mbps 4:2:2 720p60. This was for the NAMM archives and all the artists who performed. 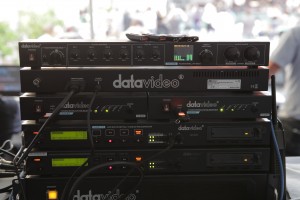 Streaming
The NVS-25 Video Streaming Servers were used for encoding and also recorded a 6mbps H.264 file on USB thumb drives, which we used for quick transfers for the NAMM team to post clips on the website.

There were 4 Recorders, 2 Streaming Servers and 2 video feeds in demand at the front of house, plus the HRS-30 for reference monitoring and back up. Our HS-2200 video outputs were supplemented by the Datavideo VP-445. An additional 4 HD-SDI outputs is exactly what we needed to get our video feed out to thousands of fans.

This brand new product from Datavideo was brought as a portable reference monitor and back up recorder. Sound, lighting, producers at the show, as well as curious video professionals in attendance watched the show on the beautifully crisp LED display.

Live Streaming Shows is harder than it looks!

You see the magic happen but often the work involved can be tedious and complicated. We actually used some tips from a past live production blog article to help us on the GoPro shoot, so be sure to check out 10 Steps to Better Live Streaming Shows.