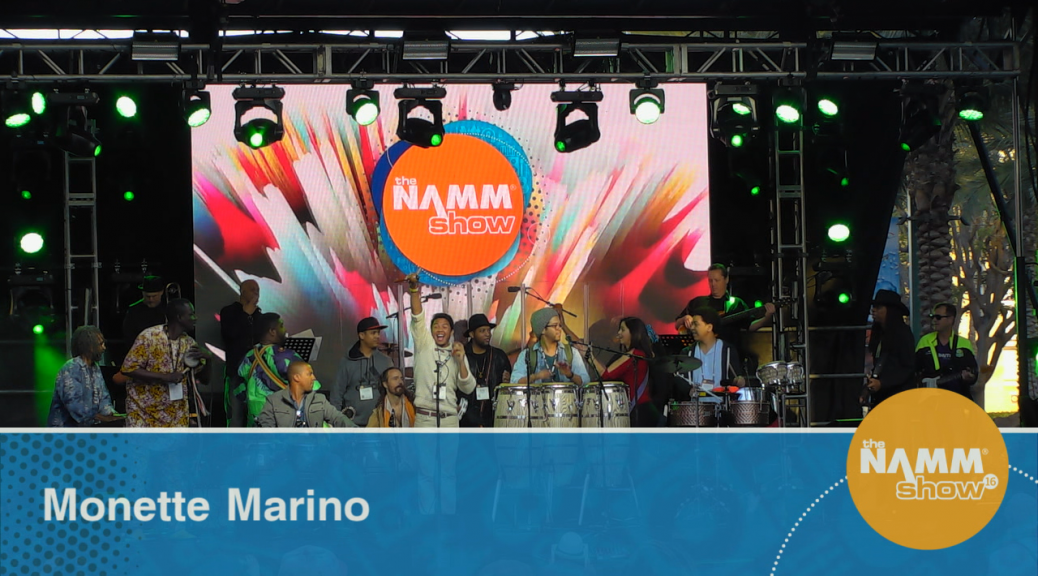 30 of the best music groups from around the world were invited to play on the NAMM Nissan Grand Plaza Stage, the largest stage at NAMM 2016, where all performances were live streamed. NAMM used Datavideo PTC-150 cameras to shoot the concerts, as well as Datavideo live production equipment to produce the mixing, graphics, recording, and streaming.

It was an incredible week of shows with legendary musicians as well as up and coming artists, with some of the best concerts in NAMM history that people will be talking about for years to come.

Headliners for the 2016 NAMM Show included greats such as Graham Nash, Dr. John & The Nite Trippers, and The Legends.

Last year, NAMM used Datavideo equipment for live mixing and graphics, but used 10 GoPros on stage for filming and ‘StreamVu’ for the live stream. This year, NAMM decided to add Datavideo Cameras, the Datavideo NVS-25 Streaming server, and Datavideo DVS-100P Streaming Software to their workflow for this year’s live stream on the NAMM.org website. As the Video Director at the NAMM Nissan Grand Plaza Stage, I used the new Datavideo workflow to raise the production value of the show and was able to match the style and energy of every band.

The Datavideo PTC-150 camera is a robotic PTZ camera, able to pan, tilt, and zoom via remote control with programmable presets. We used four PTC-150 cameras for all the performances at NAMM 2016. They had two main advantages over the GoPros we used last year. First, they are able to move, and do so remotely. This eliminated the need to go on stage between sets, which required extra crew to reposition the cameras for the next band after each performance. Instead of moving the cameras, when the next band came on stage for sound checks,  we created presets for each musician which were assigned to the four cameras.

The cameras proved to be incredibly flexible, and were also very good in low light.

Lighting is everything, and while the cameras had a slight learning curve with changes between automatic and manual iris settings, you could set up your shots quickly, adjust exposure, and be ready to take the camera for the main program.

There is also a ‘Best of NAMM’ live performance playlist where you can see PTC-150 footage in HD @ 60 frames per second.

Learn more about the PTC-150 cameras used to shoot this video @ http://www.datavideo.com/us/PTZ+Cameras/PTC-150

The cameras were all controlled remotely with the Datavideo RMC-180 camera controller. This allowed one camera operator to control four cameras.

Lastly, one input was dedicated to an HD-SDI bullet style camera made by Marshall. As a director, I sought to mount it as a flexible camera on stage that could get shots that I thought the PTC-150 cameras could not, with a small amount of doubt on the PTC-150’s performance in a chaotic concert setting. However, old habits die hard, and while the camera gave me some peace initially, the automatic exposure settings (paired with constantly changing lighting effects) and an inability to control remotely didn’t allow us to use the camera more than a dozen times. The PTC-150’s were more useful than we ever imagined, and the only thing we want next year is even more of them.

The SE-1200 HD Switcher with the new RMC-260 control panel gave reliable and flawless performance. The switcher had six total inputs. Four inputs were dedicated to the PTC-150 cameras, one to the bullet camera, and one for the NAMM logo.

The Datavideo CG-350 Software and TC-200 Title Creator kit turned a simple HP laptop into a professional level character generator that could play video clips. The graphics played during the shows were NAMM logos and lower thirds with all the band names, and the video clips were Nissan commercials and  industry tributes. The DPO-100 software ran on a separate laptop and provided video for background visuals on a large screen, center stage behind the bands.

NAMM.org annually live streams the Grand Plaza stage production, and this year they raised the production value very high. The NVS-25 H.264 Streaming Server and Recorder streamed the production to Datavideo’s DVS-100P software, which split the stream between a main server, as well as a back-up server incase traffic to the site became too high.

According to NAMM, the stream was a huge success. It was very important that everything went smoothly for the NAMM community and reputation of the organization.

The 2016 NAMM Show was an absolute pleasure to work, and word on the street is Datavideo will be unveiling another Camera and more live production equipment that could make next year even better. You can follow Datavideo on Facebook and Twitter, @DatavideoUSA, or  visit their website to stay up to date with their latest products.

Our team looks forward to working with NAMM, Datavideo, and another roster of incredible bands for the NAMM Show next year!

(LuckyMig is the production company of Miguel Galindo, an independent director and producer.)